Welcome to Issue 3 of The FSWL Playlist! This time round, I will be looking at a debut by London musician Matt Portland, as well as the new releases by The Wombats, Anna Calvi, Spring King, and Nothing But Thieves. Enjoy! 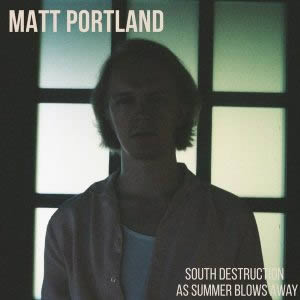 From London, Matt Portland is a young songwriter who recently released his debut double A-Side, “South Destruction/As Summer Blows Away.” Recorded in his small home studio, the record includes an exquisite pair of ballads. Firstly, South Destruction’s unhurried build-up in instrumentation beautifully complements the inner tension of the narrative, and superb melodies are created by the soothing piano melodies and acoustic guitar. Secondly, As Summer Blows Away wonderfully encapsulates the regret, sadness, and vulnerability felt when a chance passes you by. The track has a very 60s-70s piano ballad vibe, where Matt explores the very records which inspired his musical style. Overall, the record’s most appealing and intoxicating pull comes from the Londoner’s touching vocals, which really get under your skin with their timeless tone.

Matt Portland’s debut EP is scheduled to release in late October, and I am looking forward to its release. Click here for his Bandcamp & Soundcloud links to check out his music. Matt is definitely one to watch!

“Bee-Sting” by The Wombats 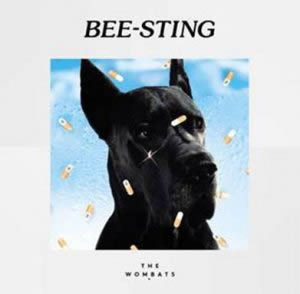 Released after their brilliant set at Reading and Leeds, Bee-Sting exhibits a lively spirit through its upbeat guitars and infectious party vibe. This would sit well in a playlist I’d use when getting ready for a big night out. The protagonist is infatuated with the song’s interest, and this is whirling him round all kinds of crazy. The Wombats are brilliant at exhibiting that playful and excitable strut, and of course, the vocals from frontman Matthew Murphy are wonderful as always. Already, it has floorfiller potential. It is very Wombats, and it is a lot of fun. The band have also announced a UK tour in 2019 – exciting times! Scroll to the bottom of this post to check it out. 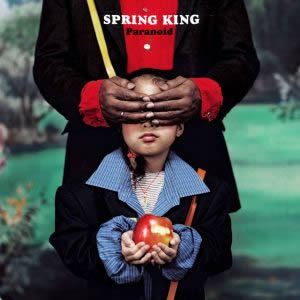 Let the British indie continue. Paranoid (as the name suggests) is a track about paranoia, or more precisely, feeling uneasy with the lack of attention your love interest is giving you, and how utterly consumed you can get about your love for her. It is a catchy and thrilling single from their recent record, A Better Life. The track, which resides on the hardcore side of indie, roars through the band’s edgy garage rock sound. It is set alight by its boisterous guitar riffs and bold drum presence. Spring King have an infectious and uplifting energy, and that is what makes Paranoid so enjoyable. Click here to check it out.

“Forever & Ever More” by Nothing But Thieves

Now for something with a lot more grit from Nothing But Thieves. The rousing Forever & Ever More is the band’s most recent single, which was debuted at their set at Reading and Leeds Festival (which saw a lot of new music releases!). The track’s bold guitar riffs and rustic bass line is evocative of the rock of Royal Blood and Queens of the Stone Age. The song’s sound and attitudes are blistering, and the vocals by frontman Conor Mason are on top form with their gravitas. Check out Forever & Ever More here. Their next 4-track EP What Did You Think When You Made Me This Way? will arrive on October 19th, and I cannot wait to hear it.

“As a Man” by Anna Calvi 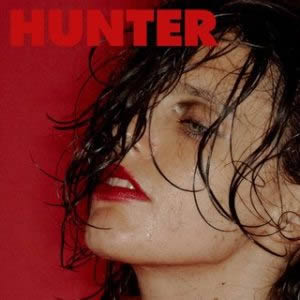 Let’s now go for one of the more seductive releases on the list. Anna Calvi released Hunter on the 31st August, her third studio album. Within an album which ponders the boundaries of gender, sexuality, and identity, As a Man explores then rejects social constructs. The seductive combination of the track’s vocals, stylish bass, and drums channel great suspense and swagger. In the latter half of the track, that seductive power descends into darkness, dramatism, and carnality. In As a Man, Anna’s operatic voice provides the track with an alluring and haunting aura – making it irresistible. You really feel like it is going to pull you in and eat you alive – and you’re going to enjoy it. Check it out here.

Hope you enjoyed Issue 3 of new releases! Click here for Issue 2 of The FSWL Playlist.