Hello fellow music-lovers! Want to discover some new tracks? From Sophia with Love is back in business!

Spanning the spheres of indie and pop, a lot of great releases came out this week. Before I present to you my 7 favourites, here are some hints about the artists included:

Click on the track names in the subheadings to listen. Enjoy! 🙂

“Dance in the Dark” by Au/Ra

Only aged 17, Au/Ra is one of 2019’s brightest pop fireworks. Her beautiful electro-pop tracks have made waves during the past six months. This includes her April hit “Assassin”, which explored self-destructive natures.

With cover art inspired by Au/Ra’s love of anime and Studio Ghibli films, “Dance in the Dark” discusses the struggles of growing up and the inevitability of good and bad times in an insightful manner. The track’s exploration of fear shines through the combination of Au/Ra’s beautifully haunting vocal style and the track’s percussion-driven rhythms. All of this wonderfully combines to create that unavoidable, anxious tone in the music. 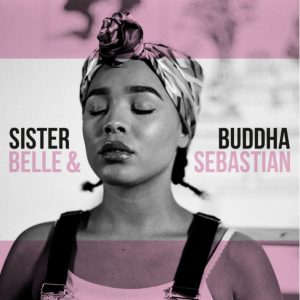 Now for something a bit lighter. Hailing from Glasgow since 1996, Belle & Sebastian are known for fusing the beauties of indie pop and folk rock. This is especially known from their most famous track, “The Boy with the Arab Strap”.

From then to now, the band still sound great! The pop-tastic “Sister Buddha” is cheerful and its sentiment is wonderfully sweet. It’s sunny, strong and optimistic tones are great for summer!

“Sister Buddha” serves as the first glimpse of the soundtrack they’ve composed for an upcoming comedy called “Days of the Bagnold Summer.” The film is directed by Simon Bird (a.k.a. Will from The Inbetweeners) and is scheduled for release in 2020.

If you’re looking for more cheerful indie tunes, then you’re in luck! Formed in 2018, Juniper Park are an indie band from LA – and they are very new and promising. With only three released tracks to their name so far, “Repeat” is another cheery track for summer. The vocals are sweet and melodic, the guitar riffs scream indie and the change of tempos throughout the track give the track a multi-faceted groove. With very little information about the band online, do check out Juniper Park on Twitter here.

Now for a bit of a throwback.

Australian artist Gabriella Cilmi achieved commercial success with her debut album Lessons to be Learned – which she released during her teens in 2008. You may have heard of her noughties hit “Sweet About Me”, which I like to call “2007’s ode to being a badass and giving guys a hard time”. It’s great.

Now settled in London, she has further explored classic Americana, honouring the tones of country soul in her new material. Her sexy, husky voice beautifully comments the country and soul elements of “Ruins” which sees Cilmi exploring her own mental health and relationships. This groovy track is a lovely reminder to pay attention to the ones you love before they slip away. Its chilled-out vibes allow you to sink into the song’s emotions and explore Cilmi’s internal muses. With “Ruins” being her first solo release since 2014, Gabriella Cilmi’s return is definitely welcome.

“Thinking About You” by Press Club 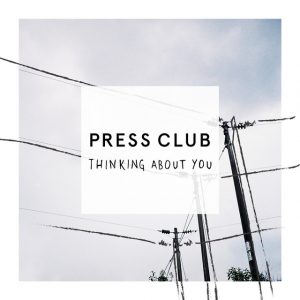 Ready for some punk? Press Club are a vivacious punk band from Melbourne. Ian MacRae, the band’s bassist, has claimed that Press Club performed at a mammoth 60 gigs in 2017.

With the band making waves with electric live performances, their most recent single “Thinking About You” has created a very positive buzz. Natalie Foster’s voice is energetic, primal, and packs a real bite. It wonderfully compliments the spirit of the music with its roaring guitar riffs and sprinting drums.

“Over You” by Lily Moore 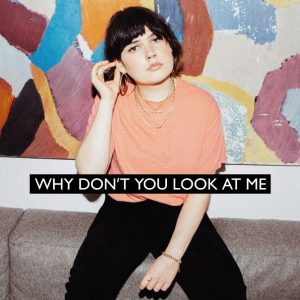 Getting over an ex isn’t easy. You just want to hate and forget about them, but unfortunately, a lot of the time, reality is a lot more emotionally conflicting. This feeling of frustration and heartache is beautifully explored in “Over You”, a soulful indie track inspired by Lily Moore’s own journey post-breakup.

Taking inspiration from artists such as Etta James, Sam Cooke and Amy Winehouse, Lily Moore’s honest, soulful vocal style is wonderful. With “Over You” bring a product of Lily’s heartbreak, she invites us into the struggle over her emotions. Alternatively, if you are going through heartbreak yourself, then the track provides those much-needed moments of genuine connection and comfort. I love a good emotional song and I’m a bit obsessed with it.

Since the 19-year-old artist started her music days busking along the streets of Brighton, she has supported Vance Joy, George Ezra and James Bay on sold-out tours, as well as selling out her own headline shows.  I can’t wait to see what else she releases, and if you feel the same, follow her on Twitter here.

“Will We Talk?” by Sam Fender 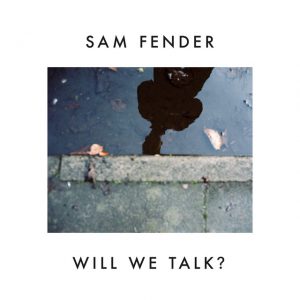 From winning the Critics’ Choice award at the BRITs this year to a stream of stellar singles and tours, Sam Fender has made significant waves in British alternative music. He has now released the final single from his upcoming (and very exciting) album Hypersonic Missiles, which is scheduled to release on September 13th. The super-catchy title track released in March and I’m so happy to hear another release from the LP.

In contrast to the politically-charged lyrics of “Hypersonic Missiles”, “Will We Talk?” is inspired by the time Fender spent at a Newcastle nightclub called The Cut, and predominately, the general fascination with one-night stands. The track exudes sweet and emotional undertones, its punchy, but more importantly, it’s so rock ‘n’ roll. In other words, the track is relentless in the best possible way. Sam Fender is amazing at rocking anthems, and the lovely “Will We Talk?” is no exception. He has previously spoken about being inspired by the spirit of Bruce Springsteen’s music, and here, we are greeted with racing drums and the roaring guitar riffs. Once we begin to take this rise in, the addition of Fender’s strong and emotional vocals reminds us why his music is so unique and loved. To sum up, “Will We Talk?” (my favourite release this week) is magical.

Thanks for reading! Keep an eye on my home page for more music insights.