Welcome to third post dedicated to August releases! Once again, we have a lot of rock coming your way. This week, we have the August records by Mitski, Death Cab for Cutie, and Interpol, as well as the debut album by Our Girl. Also, be sure to check out the records you think you would enjoy. I have included the Bandcamp/website links to all artists mentioned. 🙂

Be the Cowboy by Mitski 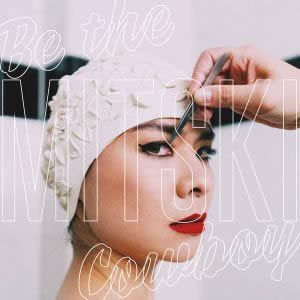 The Japanese-American indie-rocker Mitski can be likened to great female artists such as Kate Bush and Björk. Be the Cowboy is a bold and feminine expression of desire, rejection, loneliness, and toxic love. Helping with this fascinating examination of inner thoughts and emotions, the music is given a demented and distorted treatment. The combination of these elements creates a record that is both hypnotising and beautiful. Moreover, by having most of the 14 tracks not exceeding track lengths of 2 and a half minutes, Mitski is able to explore numerous genres and ideas. For example, she infuses disco elements in the longing lullaby Nobody, an electric pairing of jovial music with themes of loneliness and unsatisfied desire. She then boldly explores loneliness further in the country-esque Lonesome Love, a track stitched with the thread of toxic intimacy.

Now for my two favourites. To A Pearl deals with her rejection of intimacy, while she helplessly loses herself in an alternative or past trouble. The chorus also roars within its own turmoil, leaving you hesitant about delving deeper into the couple’s unhappiness and troubles.. Remember My Name explores the trials and tribulations of fame, as well as the sense of belonging and intimacy craved by the protagonist within them. The distorted guitar and strong drums help to reveal the inner chaos that permeates throughout.

Thank You for Today by Death Cab for Cutie 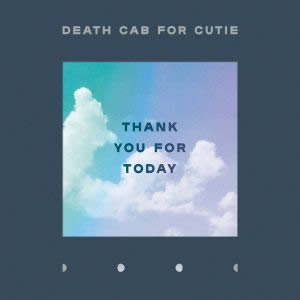 Twenty years after their debut, Death Cab for Cutie now glance back at the magic of young love and life in Thank You for Today. The wonderful interplay between the guitars and synths creates a lovely and gentle record.

Summer Years has some beautiful guitar riffs. Here, Ben Gibbard lies in bed dreaming of a past love, and wondering what his world would be like if things had happened differently. The more upbeat Autumn Love takes us drifting away into the depths of longing for meaningful connection. The chorus also has a very enjoyable vibe. Yet, Your Hurricane is my favourite with its beautiful vocals and lyrics from Ben Gibbard. With lyrics like “The stars are cracks in the ceiling of night/And I just keep watching them for a sign/That you’ll be alright,” it really is a magical song. It also has a very classic sound to offer with its vintage guitars, which really enable you to really sink into the melancholia of the track’s narrative. If you want a comforting record that is understated yet masterfully crafted, then Thank You for Today will take you to a world of tranquility, simplicity, and nostalgia.

Stranger Today by Our Girl 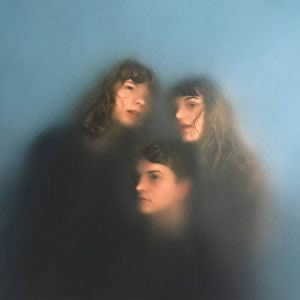 Stranger Today is the debut album of this Brighton trio. However, we have already heard from one of the members. Our Girl’s lead singer (Soph Nathan) is also the guitarist for The Big Moon. The album starts with the fuzzy Our Girl, with its brilliant riffs and distorted guitar. It really reminds me of the rough and glorious sound of Suede. The group’s harmony and dynamic are also on point. What else would you expect from a group of best friends?

I Really Like It is more on the pop side of indie rock, and yet it still shines. It wonderfully captures a modern romance in a sweet and nuanced way. I Wish It Was Sunday is very stylish and has some great, fuzzy guitar riffs. The song explores relationships again, though this time, it does this with an eerie aura that leaves you wondering what is really going on. That impending sense of danger is represented beautifully with that creeping guitar and the contrast of tones throughout. Overall, Stranger Today is a very engaging album that is as delicate as it rustic. Our Girl are definitely a band to look out for. 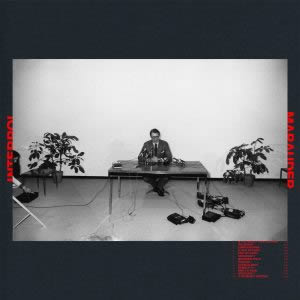 Active since 1997, the indie and post-punk rockers Interpol have released their sixth studio album. In a sense, Marauder is a concept album. The band have crafted a single character that is visible in slightly different outfits throughout the album. In an interview with NPR’s Bob Boilen, frontman Paul Banks explained that this character feels he is free and devoid of all accountability.

If You Really Love Nothing (my favourite) is very rhythmic, and the chorus shines with its brilliant guitar interplay between Paul Banks and Daniel Kessler. Drummer Sam Fogarino also provides some dynamic and glam drum patterns into the track’s mix. Next, Flight of Fancy exudes mystery. The bass and unique chord progression particularly play a great role in this song. In its first verse, Interpol explores the fear that one day we may not be able to freely take our minds to alternative spaces, a world in which we wake up as different people after that freedom of thought is lost. Sounds like something from Black Mirror if you ask me.

Now, Mountain Child is more upbeat. In comparison to the earlier tracks on the album, it features tender vocals from Paul Banks. Here, the protagonist is in love with a girl whose heart belongs to nature. By following the social outcast that is his “Mountain Child,” the narrator is himself escaping and encountering a world that’s exterior to that of New York City. The natural world that Interpol have created here is one of free spirit, much like the man who lives through Marauder.

A Great Host For All You Bloggers Out There!